LAWA and the International Women’s Day 2019 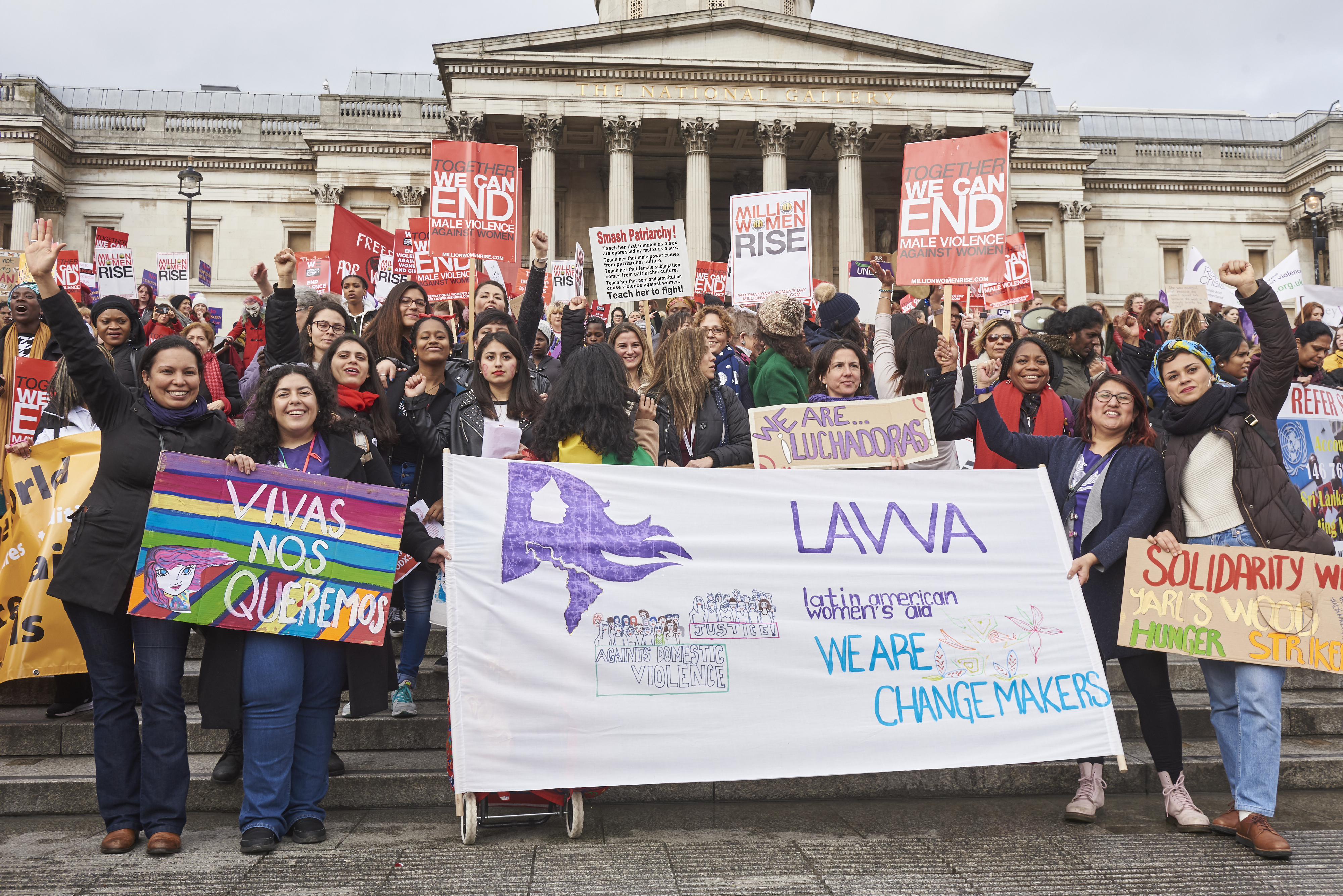 Like every year, on the 9th of March, LAWA joins the Million Women Rise movement. We stand side by side with our sisters to call for an end of all forms of violence against women and girls here in the UK and around the world. We celebrate the power of our intersectional and transnational resistance, and solidarity as women as we continue to rise together.

As Latin American women, we have been fighting and resisting oppression since the European colonial invasion and the violent imposition of a racist colonial patriarchal capitalist system which has dehumanised and brutally violated black and indigenous women. The legacies of this process are still very much alive, through on-going colonialism and racialised patriarchy which systematically violates our territories and our bodies with great impunity at different ends of the globe.

We stand in solidarity with women across Latin America and the Global South who are mobilising in mass women’s movements against the normalisation of racist classist patriarchal violence and oppression, and against the more recent rise in the systemic kidnapping, torture and killings of women. We join them today to shout together: “Ni Una Menos, Vivas Nos Queremos” – “Not Even One Woman Less, We Want Us Alive”. Both in Latin America and the UK, we too denounce male and state violence against women, for we know the increasing femicides perpetrated by men and silently condoned by the state are preventable.

As migrant Latin American women living in the UK, every day and today we rise against the racist, sexist treatment of survivors who are all too often re-victimised, criminalised, made homeless and destitute whilst attempting to escape violence. We rise against the government hostile environment which prioritises racist immigration control over the safety of survivors who also happen to be migrants. We rise against government funding cuts targeting and threatening our BME services and refuges, run by and for BME women, that are a lifeline for BME survivors of violence.

Together we collectively remembered those women who have been violently murdered, we remember and invoke the power of our ancestors who resisted the patriarchal, racist colonization and genocide. Together we will continue to rise, resist and unite in sisterhood until all women and girls are free from violence and are able to achieve self-determination.

Our offices are located at 18 Ashwin Street, The Print House, in the Borough of Hackney. The nearest stations are Dalston Junction and Dalston Kingsland – London Overground (orange line).

If you want to receive information about our activities, upcoming events, blog posts and campaigns, please subscribe to our newsletter by entering your personal information here. Although we expect you to enjoy the information we share, you can unsubscribe at any time. Your information will be kept on our data base and won’t be share with any other organization.

It appears this is the first time you´ve visited our website. If you are a woman at risk you can find a button labelled ‘browse safely’ in the top right-hand corner of this page. It will instruct you on how you can clear your browsing data from this computer after you’ve finished.

In the top left-hand corner of this page, you can find a button labelled ‘quick exit’. Click on this to leave our website immediately and be redirected to Tesco.com. Remember to take all the security measures needed to keep you safe.

This website uses cookies to give users the best possible experience. Press OK to accept and not show this message again. Find out more or opt out. Find out more.