Fat Justice and non-hegemonic feminisms: starting up a dialogue 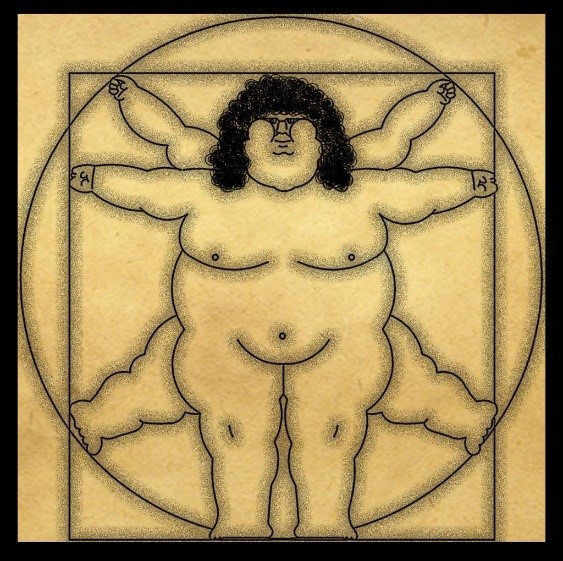 Fat Justice movements (also called size acceptance, fat acceptance, fat liberation, fat politics) evolved in the 1960’s mainly out of the struggles by fat women, especially black and brown women in the USA, who resisted interpersonal and institutional discrimination by the medical/health establishments, the labour market, and all other spaces in the social fabric that one could possibly think of. These infographics say it best:

Fatphobia, also called anti-fatness or anti-fat bias – is a socially acceptable and widespread form of bigotry, stigma or discrimination against fat people, has been named and contested by fat people, particularly fat women through grassroots and organisational activism[1], scholarship[2], and most recently by fat led social media activism. Part of the resistance against fatphobia involves re-signifying the language and taking up fat as the simple descriptor that it would be if it was not so heavily charged with social stigma. 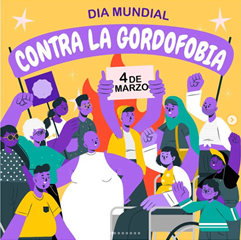 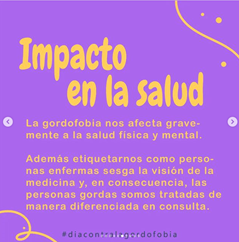 Fear of the fat body and the association of fatness as a black trait (and therefore a tool for othering, marginalising minoritising and terrorising ourselves and others), has been well documented more recently by author Sabrina String in her 2019 book Fearing the Black Body – The racial origins of Fat Phobia.

But the public conversation about this particular type of oppression and how it operates as a very hidden, normalised form of violence against women and children, especially girls, is still in its infancy. And THAT is the conversation we would like to encourage. 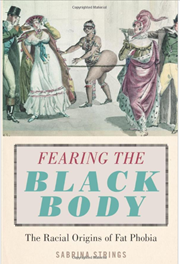 Fearing the Black Body – The racial origins of Fat Phobia.

We learn to apologise for our very existence and grow in the very complicated liminal space of longing to be seen, heard and acknowledged, whilst being ignored, dehumanised and/or hipervisibilised. But while body shaming affects all women and girls regardless of their weight, it oppresses systemically fat women, and as our intersectional lense would have us understand, black and minoritised fat women are the most exposed to this harm. And all that, in our current social formations, was strongly embedded in our cultural DNA via the white colonisers who associated fat bodies with blackness as a device to impose their superiority. 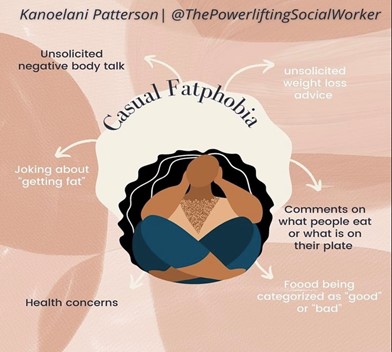 As this is supposed to be a dialogue, I propose three invitations to spark your critical imagination:

Radical reflection: Avoid meta-shame, which is shame for having so much shame. Take a deep breath of kindness to yourself and your history of body shame/shaming. We can only do what we know. As famed poet Maya Angelou says, “When we know better, we do better”

We can do better by giving ourselves more love.
Sonya Rene Taylor: The Body is not an Apology. The Power of Radical Self-Love. Page 42

These systems of social comparison and categorisation (the ladder of body hierarchies, as it was coined by Sonya Rene Taylor), are perpetuated socially through our continued investment in the narratives, cultural practices and policies that try to hide the fact that our bodies are political. So make no mistake: THIS conversation about radical self-love is not about self-indulgence, but about social justice. It’s about getting curious at the systems level, taking up discussions of privilege head on, and creating communities where we make intentional efforts to shift the imbalance caused by the disadvantages we are born into.

Please share your reflections under each invitation; we look forward to hearing from you!

Inspired by the work of:

[1] Virgie Tovar. The Self-Love Revolution (The Instant Help Solutions Series) (p. 22). New Harbinger Publications. Kindle Edition.
[2] This traces back to the Fat underground and their Fat Liberation Manifesto, through to the foundation of the national     association to advance fat acceptance –NAAFA- in the USA.
[2] For the most comprehensive efforts to systematise and popularise this scholarship, please check Marquisele Mercedes     (@marquisele) Fat studies &  Public Health syllabus
[4] To unpack this more, feel free to explore Sonya Rene Taylor’s you tube channel’ video entitled: Why Body Neutrality Doesn’t Work For Me: Bodies Are Political