Digital literacy: creating our own narratives, appropriating the technologies 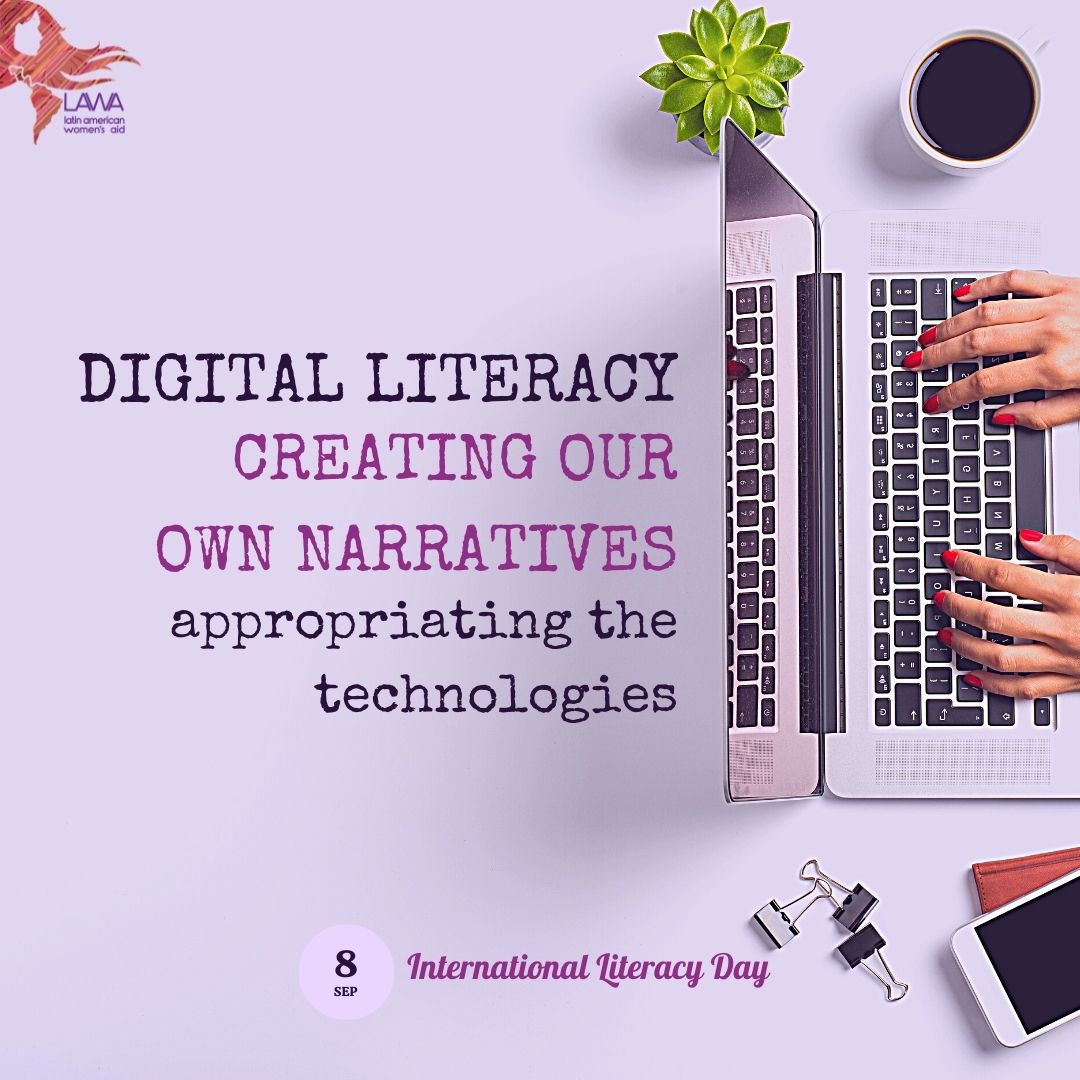 UNESCO proclaimed the 8th of September International Literacy Day in the year 1966, to remind the international community about the importance of literacy for individuals, communities and societies, and the need for intensified efforts towards more literate societies. But what is literacy for us, like part of the migrant community? What is the importance to have access and skills to manage other languages, especially the tech language?
To think about the challenges of this date, LAWA invited Yadira Sánchez, who is doing a doctorate in Artificial Intelligence and is part of the Change Maker Program, to write a reflection on digital literacy and its importance these days. Feel free to read and share on your social media channels!

In generic terms, diversity is the celebration and respect of difference. It is the ability to differentiate between groups according to age, ethnicity, religion, disability, or sexual orientation. Inclusion means making sure that everyone is able to access learning regardless of any barriers that exist. It ensures individual needs are met and allows people to develop to their fullest potential.

In the context of digital literacy, this means taking steps to cross the digital divide and ensure that individuals from disadvantaged or minority groups are able to participate in learning but also create if they wish to. The internet’s intertwining with our daily lives has never been more apparent than over the past year when for many it became our only link to the outside world. Four out of five people in the UK agreed technology has been a “vital support” during the pandemic. Also, it must be mentioned that not all of us want to be included in a box that was built to fit only some; maybe we want our own narratives to be entrenched in the building of digital tools, or even build our own tools.

It is said that millions of people still lack the skills or technology needed to participate in our increasingly virtual society. According to a 2020 report by Lloyds bank, nine million people cannot use the internet without help. 3.8 million, or seven percent of the population, are “almost completely” offline. Overall, it estimates 22 percent of the UK population is digitally excluded in some way.

Why does this matter? The digital divide both mirrors and reinforces pre-existing social inequalities. People in the lowest socio-economic groups and with specific needs are three times more likely to not use the internet, and other commonly digitally excluded groups include the homeless, benefits recipients, and elderly and disabled people. This can increase isolation and have a financial impact, too, as people are more likely to pay extra for goods and utilities while earning less.

According to the Office for National Statistics in the UK, digital inclusion can manifest in these ways: manage or find information on the internet; use digital communication platforms; do transactions online; verify sources of information; create or complete online forms.

However, it is important to have in mind that these definitions originate from institutional bodies that have specific ideas of how digital inclusion looks like in a system that operates around transactions of capital and services for the purpose of excluding certain groups in society. The same system that creates hostile immigration policies that disproportionately affect immigrants in vulnerable situations, who will not reach out for help, is also the one who very unlikely would put their personal information online and make use of current digital inclusion tactics.

Current digital inclusion frameworks such as telling people to simply “acquire digital skills” are likely to fall on deaf ears when it comes to groups that feel excluded from the technology industry. The framing perhaps should shift from merely promoting “skills” to explain what sort of benefits and concrete outcomes those skills could lead to as well as actively engaging underrepresented groups in activities that allow for technological co-creation and critical analysis of any sort.

While inclusion policies on “fixing” the digital divide are heavily focused on top-down approaches where representatives from powerful institutions, e.g. The Ministry of Education and/or Universities implement approaches to include underrepresented groups; there are also projects where there is a horizontal, community-led approach to seeking how technology would fit us with our own histories and narratives built in them.

It is within these frameworks that I, as an immigrant woman in the space of technology and academia, have felt like I can express my narratives of what technology is and how I envision it. The importance of accomplices and allies in these spaces that are willing to mentor and pass on knowledge as well as co-create in the community is what I personally feel I can blossom. Spaces where our narratives are encouraged and actively listened to, for our own future imaginaries.

Yadira Sánchez is a Mexican cyberactivist, cyborg, and Ph.D. in Artificial Intelligence at the University of Southampton, United Kingdom. Her roots in rural cultures have led her to develop a thought that puts at the center the possibilities of imagining the use of technology for self-care and common enjoyment in order to reduce hostility towards marginalized communities, create non-violence environments, and non-hierarchical relationships.